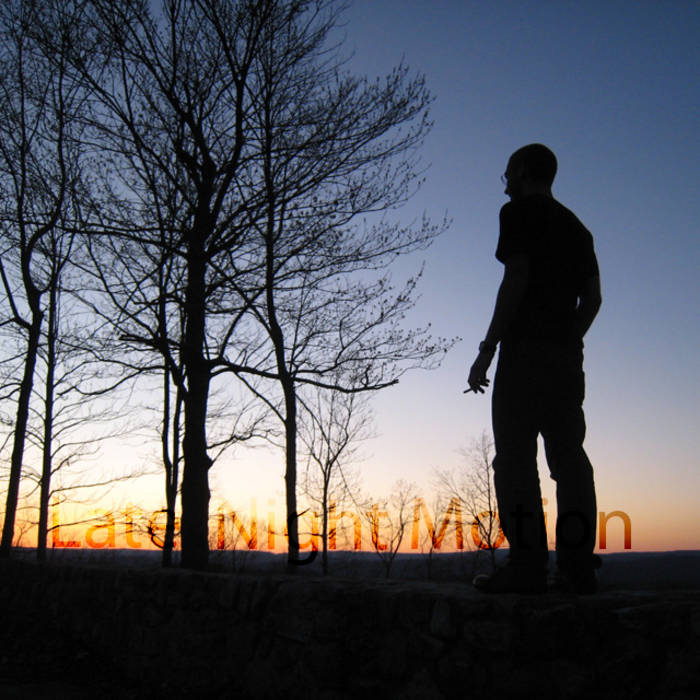 Late Night Motion's official debut album, self-titled, embodies an evolution in music and the man behind it. As you progress through the album you go through a range of relaxation and motivation. A fragmented yet connected story is told over the course of this musical journey that, especially late at night, flows through you; there for nothing but your indulgence.

All songs written and performed by Late Night Motion.
Produced and recorded by Matt Baer at his mom's house, Manassas, VA, and in his dorm room.
Mixed and mastered by Matt in his dorm room, Radford, VA.
Album art photography by Chad Fidler and designed by Matt.
www.latenightmotion.com